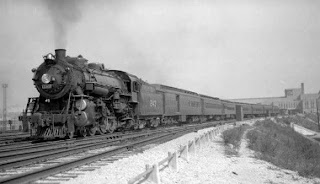 William Harrison Barnhiser, son of John Barnhiser and Susannah Brown Barnhiser, was born on November 4, 1840 in Seneca County, Ohio.  William was the first child born in Ohio.  His older siblings were born in Maryland.  His death certificate lists Tiffin, Ohio as his birth place.  There are land and census records for the 1840's; however I have not seen any from 1840 to know that his birth was in Clinton Township where Tiffin is located. 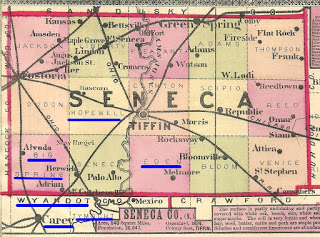 This map shows the known counties and townships where the Barnhiser family lived.  In the 1840's and 1850's they owned land and farmed in Seneca County.  In the early 1860's the family removed to the town of Carey, in Wyandot County, where John Barnhiser purchased a house in the town.

On September 9, 1861, William Harrison entered service in the Company B 49th Ohio Volunteer Army for three years of service.  On December 10, 1862, he mustered into detached service with the Pioneer Corps.  He mustered out of service on September 15, 1864.

1870 Ohio Federal Census taken on July 19, 1870
Town of Carey, Wyandot County, Ohio
The town of Carey had the The Cincinnati, Sandusky and Cleveland Rail Road which connected Sandusky, Ohio with Cincinnati, Ohio running through it which provided William and his brothers an opportunity for employment.  William is listed as railroading, not a railroad laborer.  The difference is that railroading is the action of traveling or working on the railroad as opposed to working on the tracks and maintenance.

William H. Barnhiser, age thirty, married Sarah Overs, age twenty five, on March 7, 1871 in Wyandot County, Ohio.  In 1870, Sarah was working as a cook in the town of Carey, living in a hotel. 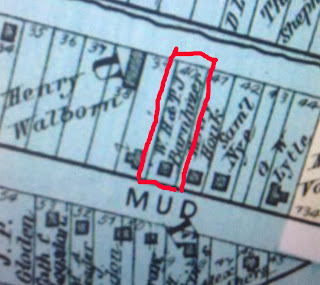 This is a scan of the 1879 map of the town of Carey.  The house and property on Mud Street, previously owned by John Barnhiser, is listed as belonging to W.H. Barnhiser and his brother T.J. Barnhiser.

A Baby Boy was born to William and Sarah Ann Barnhiser on April 28, 1879.  The baby was born at home, 14 Rail Road Street, Toledo, Ohio.  William is employed as a freight conductor and Sarah was attended in the birth by C.H. Reed.  Although no name was given, birthdate matches Robert Clarence Barnhiser. 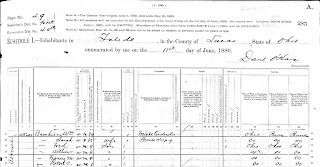 There is no birth information for this Baby Girl Barnhiser, only that she died at six months of age on May 17, 1882.  She was born in Toledo in October 1881.  She died at the family home, 17 Rail Road Avenue in Toledo from pneumonia and bronchitis.

Baby girl, Zola Barnhiser was born on March 14, 1883 in Toledo, Ohio to William Barnhiser and Sarah Ann Overs Barnhiser.  Zola was the only daughter that survived babyhood.

1885 Toledo City Directory
William H. Barnhiser is employed as a yard master
Between 1885 and 1886, the Barnhiser family relocated to Sandusky, Erie County, Ohio.  The rail lines run through Sandusky and undoubtedly the move was job related.  Two children were born in Sandusky.  Neither lived very long.

A Baby Girl was born to William and Sarah Barnhiser on February 3, 1888 in Sandusky, Erie County, Ohio.  How long this little girl survived is unknown.  Without an 1890 census report ten years are lost. 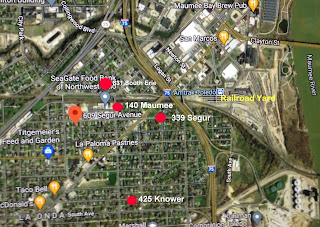 Map of Toledo, Ohio showing most of the places
William H. Barnhiser lived 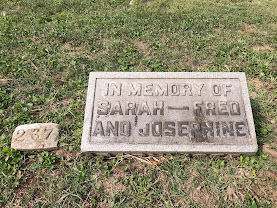 Acknowledge photo from Find A Grave
On May 2, 1891, Sarah Ann Overs Barnhiser died in Toledo, Lucas County, Ohio at the age of 45-46.  She is buried in Forest Cemetery in Toledo.

On June 24, 1892, in Toledo, Lucas County, Ohio, William H. Barnhiser married Mrs. Bell Savage.  Bell was born Belle McAlmon.  On February 28, 1875 she married first Fillmore M. Savage, a barber, in Wyandot County, Ohio.  In 1870, Bell lived with her mother, Catherine McAlmon in Carey, Wyandot County, Ohio.  Perhaps William knew her back in the 1870's since he also lived in Carey.  By 1880, Belle was listed as married and living with her mother with her two sons, Steward Savage (born 1873) and Harry Savage (born 1876).  Of interest:  Belle and family lived next door to the family where William's niece, Lilly Trude Barnhiser, daughter of his brother Thomas Jefferson Barnhiser, was being raised in Carey.

1897 Toledo City Directory
William H. Barnhiser has moved to 832 South Erie.  He is still employed as a switchman with the Lake Shore & South Michigan Railway.  Son, Frederick N. Barnhiser, a peddler, rooms at 2112 Horton and William H. Barnhiser, Jr., a conductor street railway, boards at 350 Floyd.  Merrell F. Barnhiser  is a laborer and is boarding at 831 Erie.  The only Barnhiser I can think Merrell F is, would be William's son, Francis Murley Barnhiser. 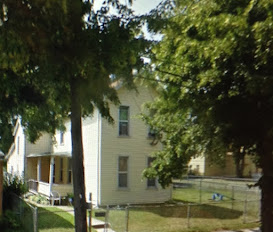 1906 Toledo City Directory
William H. Barnhiser, a switchman and living at 609 Segur Avenue.  William lives in this house until his death. 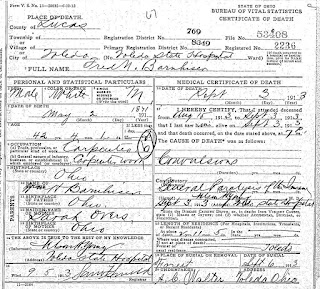 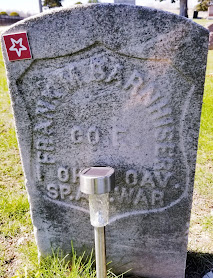 Acknowledgement to Find A Grave for photo 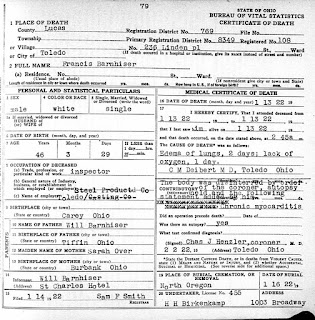 Francis Barnhiser died at age 46 on January 13, 1922 at his home 236 Linden Place, Toledo, Ohio.  He was employed as an inspector for Steel Product Company in Toledo.  He was buried on January 16, 1922 at North Oregon Cemetery, Oregon, Lucas County, Ohio. 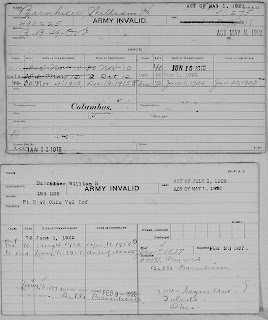 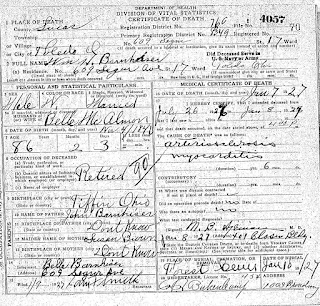 Acknowledgement to Find A Grave for the photo

Acknowledgement to Find A Grave for obituary
He was buried on January 10, 1927 at Forest Cemetery, Toledo, Lucas County, Ohio. 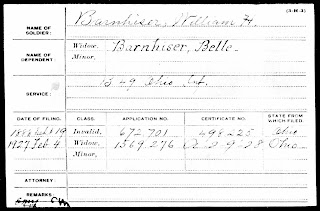 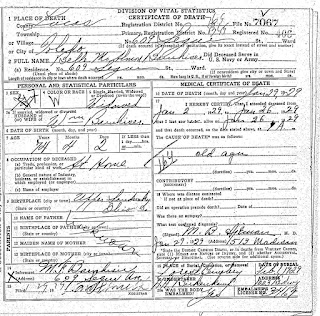 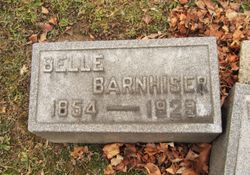