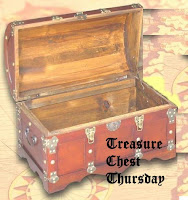 Treasure Chest Thursday featuring family heirlooms. Hopefully by giving prominence to these items, they will continue to be valued by family members for years to come. 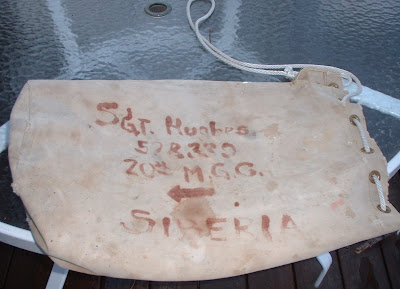 This relic of World War I has been part of my immediate family since about the late 1950’s. It was given to my Mom by my paternal grandfather, George Henry Hughes, as a bag for my brothers to use when they went to camp. It went from seeing action in World War I in Siberia to being toted to church camps, Y camps and Boy Scout camps through the 1970’s. Every summer the bag was dragged out of the basement or the attic to make a trip somewhere.

Another generation got some use out of it when my son, Aric, began using it for his trips in the late 1990’s.

Although old, dirty and battered, it is a well loved and respected piece of the Hughes Family History.

-MyGrandfather, World War I and alot of Bureaucratic Red Tape