Actually we didn't spend much time in St. Joseph today. The remainder of the week WILL be spent here and on the beach....really!

We headed north to Grand Rapids, Michigan with a few designated stops. First, the Meyer May house on Madison Street. This Frank Lloyd Wright house has been TOTALLY renovated--even down to the FLW furniture. Those of you who read Flipside know my penchant for Frank and his designs, so you know that I am going to save the information and photos for a separate blog. A Flipside thank you to my college roommate for giving us the tip that there was a FLW house nearby. Photo tease below. 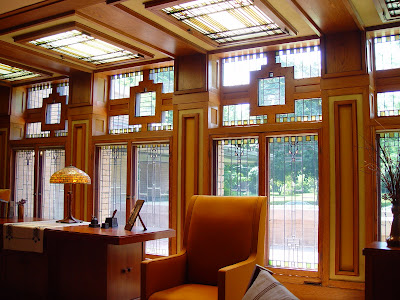 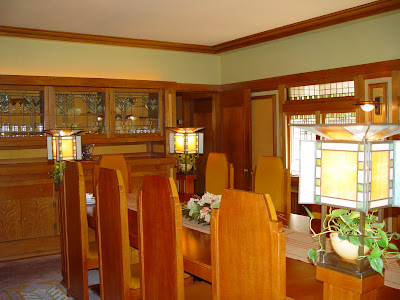 What do they say about genealogists.....genealogists never die, they just lose their census! Fortunately, I have a brother and driver of the car, with a Garmin and I-phone who indulges these cemetery whims of mine. After a delightful lunch at a rather trendy little restaurant called The Green Well, we headed off to find the last home of Rev and Mrs. Solomon Shaw and their final resting place at Oakhill Cemetery....all in Grand Rapids. These folks belong to my son's fiancee and, I believe, are her maternal great great grandparents. 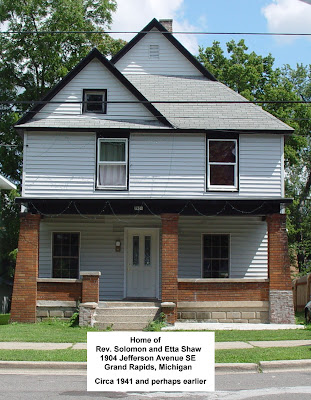 Oakhill Cemetery is now two combined older cemeteries and can you say HUGE! I took one look and gulped. Fortunately, there was an office, but after ringing the bell and getting no answer, I was feeling pretty low. Then an old pick-up truck rounded the corner and out jumped a woman who ushered me inside and began to look through old cemetery books for the Shaw's. Long story short....she found them....a whole bunch of them. Then she proceeded to lead us over to the cemetery lot. Way beyond the call of duty and deserving a big hug from me. 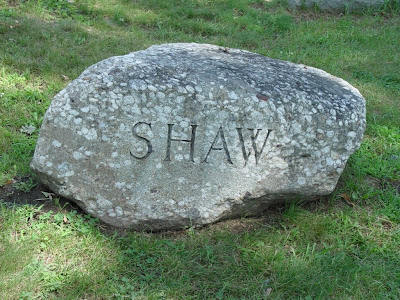 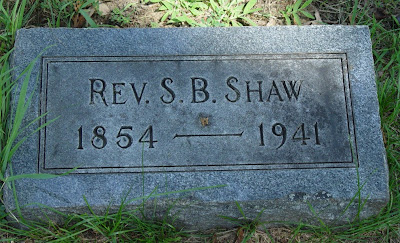 When I returned to the car, Ken had a plan. While I was outside photographing, he was busy on his various "boy toys" and had found a few places he wanted to visit in of all places, Grandville, Michigan....the very city where the next cemetery was located. I'm no fool.....he did deserve a pay back for his tolerance.

Off we went to Grandville and the Grandville Cemetery. Here the office was closed, however there was a maintance man and he showed me the cemetery map. I had a copy of the lot number, so it was child's play to locate and drive to it. Here rests J-9's, maternal great grandparents and grandparents--more Shaws and Arbuckles. 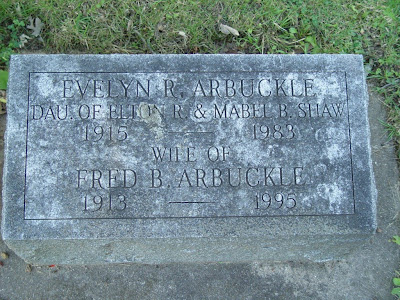 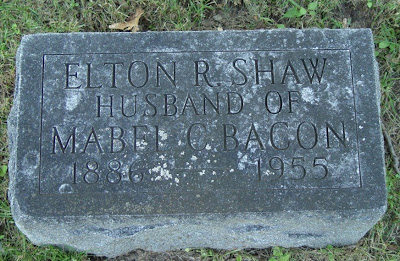 Now it was my turn to be "the good soldier" as we drove around Grandville to satisfy my brother and pay him back for chauffeuring me around the greater Grand Rapids area. It's this give and take while traveling that makes my brother such a wonderful travel companion and in the end we both are winners as we learn from each other.