Looking back over past blogs regarding my paternal grandfather, George Henry Hughes, and his service during World War I in the Canadian Expeditionary Force, I have noticed that I did not post his attestation papers.  The website where I found them was sent to me by my cousin, George Hughes, years back.  It was a happy dance day when I put his name in the search engine and his paperwork popped up.

Since then I have also located paperwork on ancestry showing his border crossing between Toronto, Canada and Niagara, New York following his discharge from military service.

These pieces of information along with a letter George sent home from Russia, that was published in a local Aliquippa, Pennsylvania newspaper, have given me enough information to timeline his service. I
have checked my blog and see that I will have to do a blog about the letter from Russia.
GEORGE HENRY HUGHES
Canadian Expeditionary Force
Time Line 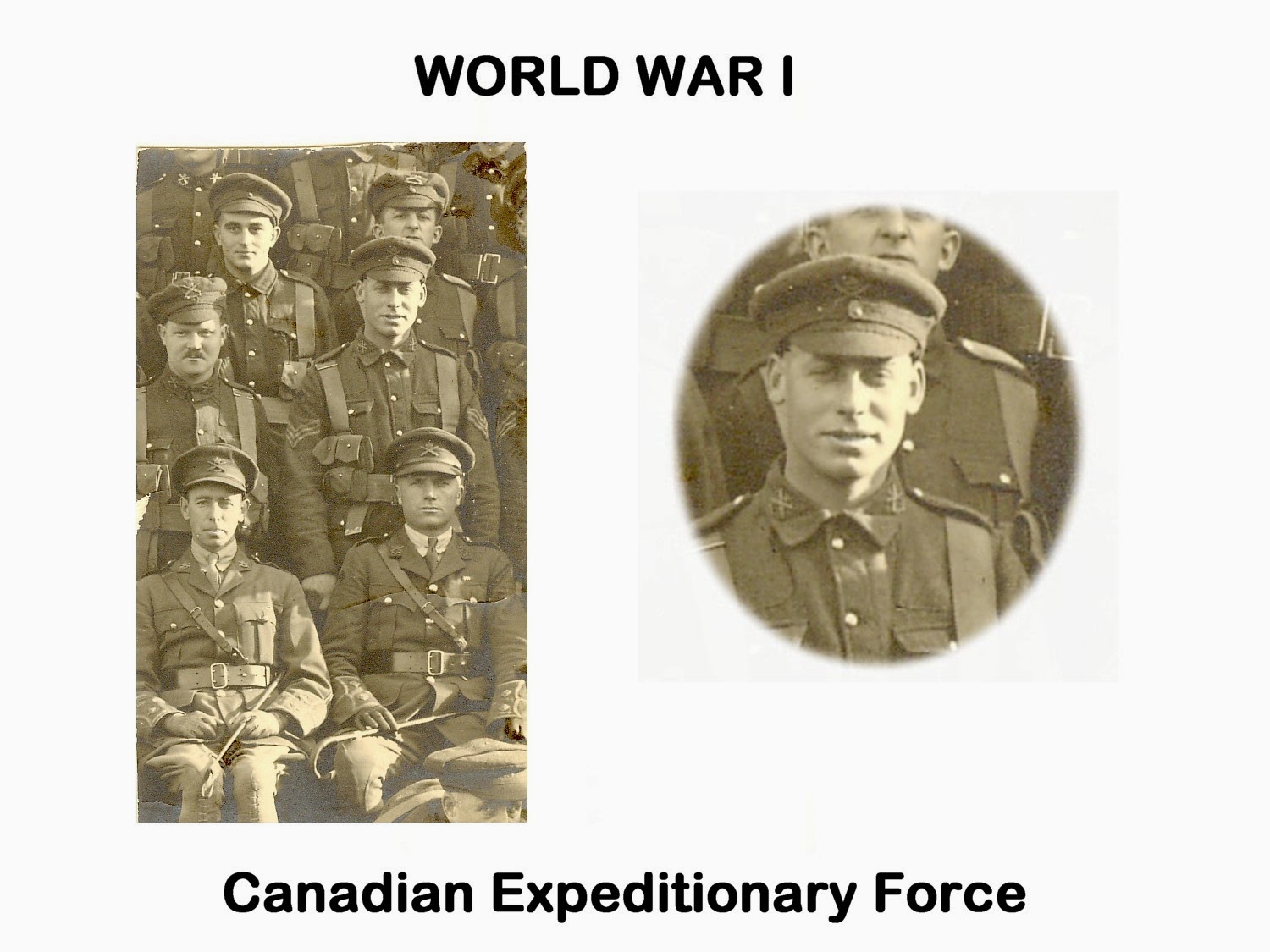 August 1, 1917—George passed his medical examination and signed his oath of allegiance to King George V  in Toronto, Canada.

Canadian Expeditionary Force--Trained on the British Vickers Machine Gun.  Was given his sergeant stripes.  Spent almost a year in Canada before shipping overseas.

Winter, 1919—Back to Vladivostok, Russia.

February 28, 1919—Still stationed in Vladivostok, Russia from his letter home.

Links on Flipside to Additional Blogs

-My Grandfather, World War I and alot of Bureaucratic Red Tape