Carnival of Genealogy, 75th Edition—Purnell Houston in the American Revolution

The COG topic for July 1 is “Justice and Independence ”. Since our beginnings as a nation, the United States of America has seen changes with every year, every decade, and every century. Each generation adds growth to our lives, our communities, and our nation. One thing that has never changed, however, is our desire for Justice for those who wrong us and Independence from those who try to oppress us. This edition of the COG will be hosted by Colleen at Orations of OMcHodoy. 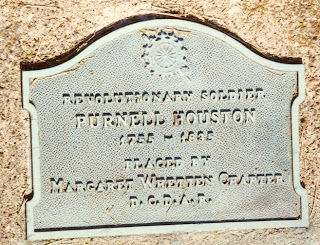 For me, July and Independence equals the American Revolution. I have numerous patriots in my family tree; however the most colorful ancestor who has a remarkable pension file is my gggg grandfather Purnell Houston.

At the age of twenty, Purnell married Mary Tumlinson or Tomlinson. At that time Purnell traveled to Philadelphia to be an apprentice to Master Young, a saddle maker. In February, 1776, Purnell returned to Sussex County, Delaware having completed his apprenticeship.

The following story of his Revolutionary War service is paraphrased from a sworn statement by Purnell made in a court in Morgantown on October 22, 1832 and is part of his pension file.
In March, 1776, at the age of 21, he volunteered his services as a private in the Revolutionary War under his brother-in-law, Captain John Hazzard. He spent two months in a troop of about 30 soldiers that guarded the Capes of Delaware watching for British ships that were in the waters near the Capes. Following discharge from this service Purnell volunteered, in November, 1776, at Philadelphia for a company of Pennsylvania militia commanded by Captain Chambers which was attached to General Cadwallader's brigade. These troops were raised to guard against the enemy who was over running New Jersey. 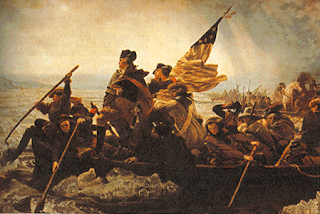 In the later part of November or early December, Purnell's company was encamped near Trenton, New Jersey on the opposite side of the River. The enemy was in possession of Trenton and on Christmas Eve, Purnell fought in the famous Battle of Trenton in which the American soldiers crossed over to Trenton and defeated 900 Hessian soldiers. The General in charge of this attack was George Washington. Following the battle, Purnell marched to a place called Blackbird which was located in New Jersey. 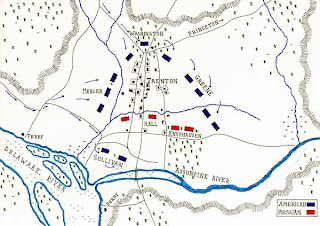 In early January, 1777 the troops marched back to Trenton where they held a bridge against the British soldiers. Purnell left at night for Princeton, under the leadership of General George Washington, where they attacked the British. From Princeton his company marched to Somerset Courthouse, to Pluckamin and finally to Morristown which was the winter quarters for the American soldiers. About the last of March, 1777, Purnell's company marched back to Philadelphia were he was discharged.
In April, 1777 an agent of Colonel Bland of the Virginia Cavalry contacted Master Young to attend to the saddles and bridles of the cavalry's horses. Master Young asked Purnell to serve with him for two months in the service of the army from Virginia.

After this term, Purnell joined Master Young as a hand on a ship that was going to Boston from Philadelphia by way of Egg Harbor. On the return to Philadelphia, around Rhode Island, the ship was captured by The Unicorn, a hostile vessel. Purnell was held prisoner for eight or nine weeks. After his release, he went to New London and once again joined the Revolution in service on a brig called the Privateer. Purnell never sailed. He became sick with prison ship fever and was left in New London until the ship returned from duty. In September, 1778 he sailed back to Philadelphia, ending his time of service in the American Revolution.