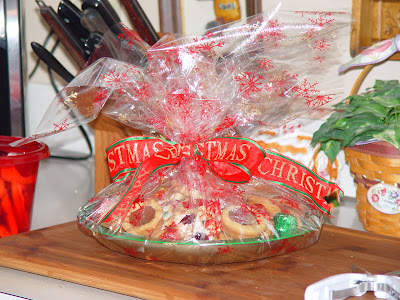 As mentioned in the Mother's Day blog series, my mother was not the world's best cook. That would also include baking! Most of our baked goods came from Pittsburgh's Dudt's Bakery or Hostess, however, each Christmas season she would bake sugar cookies. A day was spent mixing, rolling and cutting the various shapes with red plastic cookie cutters--stars, stockings, bells, etc. We kids would sprinkle a ton of the colored sugar on top of each one and into the oven they would go.
To be honest, this tradition continued until I was well out of the house. No photos were taken of the fun time we had making a colossal mess in the kitchen or the finished product. Years ago, I was going through a footlocker of 8mm film and previewing them on an old projector and lo and behold there was some footage of my two brothers working on the cookies. They were in their teens, probably filmed in the early 1970's. What a hoot they were having with those cookies.....slathering on colored frosting and sprinkles.....the cookies looked awful, but they were having the best time.
I also remember that my Mom would bake at least one pie for each holiday. I don't remember the pies so much as what she did with the extra pie dough. She would roll it out, spread butter on it, then sprinkle cinnamon sugar over the butter. The dough would then be rolled like a very long sausage, cut into little pinwheels and baked. These were for the kids and devoured as they came out of the oven. 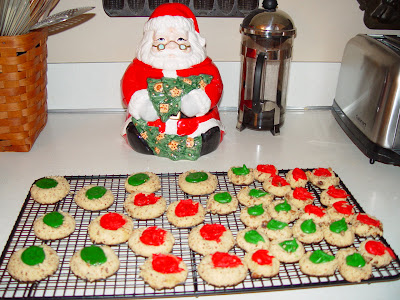 My paternal grandmother, Sarah VanGilder Hughes, was the champion baker of the family. Pies, cakes, cookie, rolls.....you name it....she baked it. She learned her baking skills from her mother, Jessie Pool VanGilder, bake and cook extraordinare. One of my Dad's fondest memories was walking down the hill from elementary school one day and smelling the aroma of baking wafting out of the window of the house. He knew that Granny VanGilder was in town. 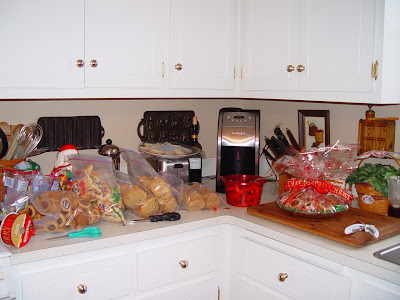 Holiday cookies are a tradition in my house. For years, during December, I have made a large assortment of holiday and "regular day" cookies. They are for the family and are given as gifts to friends, co-workers and neighbors. This year, I am way behind schedule as no cookies have been baked and it is December 8. I need to get busy as I know there are folks out there that will be disappointed if the frosted sugar cookies, peanut butter tassies and kolacki are not on the kitchen table by Christmas week.
Posted by Linda Hughes Hiser at 12/08/2009 09:48:00 AM