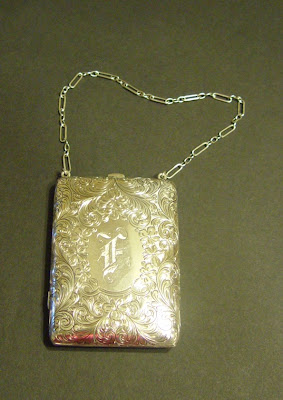 When my Grandmother Stark aka Teek, Martha Marie Frederick Stark, died a small treasure of antiques and memorabilia came my way. Some were found in an old Joseph Horne's from Pittsburgh box....the box now would be an antique. Among the jewelry were several metal mesh purses and this sterling silver purse. For lack of a better name, I am calling it an opera purse. 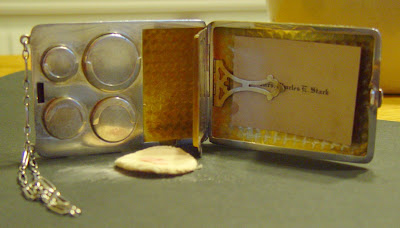 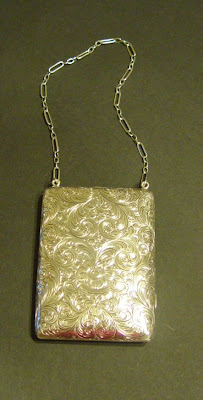 I have no idea if this antique belonged to my great grandmother (Lucinda Orr Frederick) or my grandmother....both would have the initial "F". The question that begs to be asked here is--where did they go that they needed such a fancy purse?
Dating it, I would estimate anywhere from the 1890 to 1910. My grandmother married in 1914, so the ititial would have then become an "S". Regardless, it is a beautiful piece of my genealogical history and one that I treasure.
Posted by Linda Hughes Hiser at 9/17/2009 08:26:00 AM