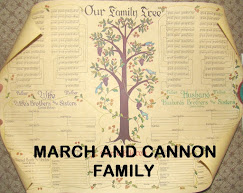 Seventeen year old Elizabeth Cannon, daughter of Lindsey and Elizabeth Fife Cannon, married twenty-six year old, John March, on May 29, 1827 in Columbiana County, Ohio. They are my maternal second great-grandaunt and granduncle.  The Reverend William Reed of the Presbyterian Church performed the ceremony.  John was born about 1801 in Virginia to Henry March and Mary Hollinger March. 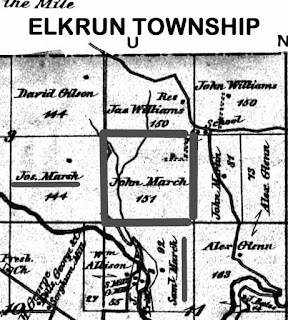 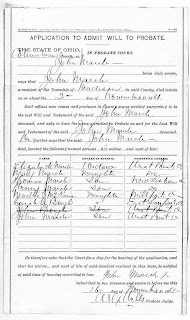 John March died in November, 1881on his farm in Madison Township, Columbiana County, Ohio at age eighty.  His last will and testament lists his son, John March, Jr. as the executor.  Monies are to be paid out to all of John's adult children and his wife, Elizabeth Cannon March will live on the farm until she dies.  John is to live an work the farm until his mother dies. 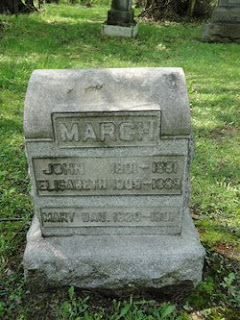