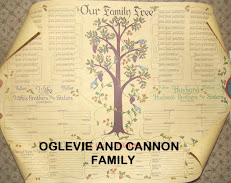 Jane Cannon, daughter of Lindsey Cannon and Elizabeth Fife Cannon, was born circa 1819, probably on Lindsey's land in St. Clair Township, Columbiana County, Ohio.  Jane lived comfortably for the time period.  Her father operated a grist mill, distillery, saw mill and blacksmith shop in a village named for him, Cannons Mills.  Undoubtedly, she attended school nearby.  She probably helped her mother with the younger siblings and with housework. 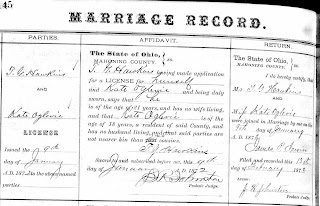 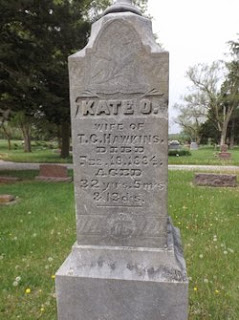 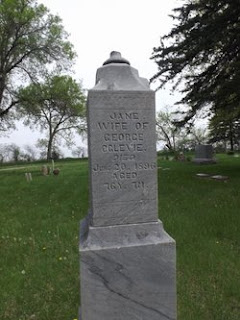 Jane Cannon Oglevie, age seventy-seven, died June 20 1896 in Nebraska.  She wass buried at Bennet Cemetery, Bennet, Lancaster County, Nebraska and was honored with a substantial grave marker.
Thomas Gaylord, Hawkins owned property are at the southern most portion of Grant District.  He owned 240 acres.  Directly to the north, his son, Halsey La Peer Hawkins, owns 30 acres.  I underlined an F.K. Hawkins; however, I am unaware of who he is. 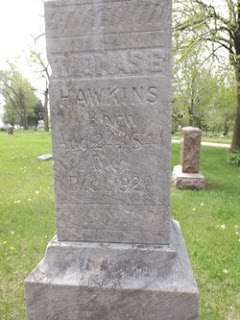