No wonder I get confused!--Jessie Pool 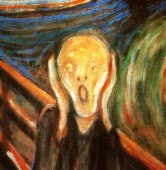 We all can probably identify with this....you go to find a particular record on an ancestor and can't or you do and it doesn't match up with what you think it should say.
For my paternal grand grandmother, Jessica Pool, her early documents are just plain WRONG! Way back, at the beginning of my genealogical explorations, I was thumbing through William Marsh's multi-volume set of the 1880 West Virginia Census, checking on my many state surnames. It wasn't rocket science to locate Pool, which was spelled on the census report as Poll, but what really threw me was that their child Jesse was listed as a son.
Once I located the actual census record, there it was, a son named Jessie. Hummm, that is my paternal great grandmother, Jessica (Jessie) Pool. Now how could anyone make a mistake like that, I asked myself.
Recently, I noticed that the West Virginia Archives has added birth records for Monongalia County, West Virginia. Anxiously, I scrolled through the Pool/Poole names and there it was--Jesse Pool. Again, that back and forth shaking of the head as I saw that her birth record lists my great grandmother as a son. Was it wishful thinking on the part of her father, Sampson Frum Pool....so desperately wanting a son? Or did the recorder of both the census and birth registry simply ask for the name and guess is was a boy. So what do you do when you are told to source, source, source your work and the source is incorrect? Very, very strange.