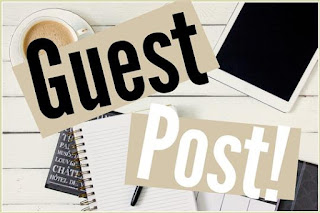 Today my brother, Ken, is a guest blogger on Flipside.  He also caught "the Hiland Church bug" this past week and jumped into the rabbit hole with me.  As a musician his focus was the musical composition that Dr. Pedicord wrote for Hiland's Sesquicentennial as well as a play Ken performed in on Hiland's Fellowship Hall stage.  Welcome Ken.

Prompted by sister Lin’s blog post, this past week has found our family having some fun reminiscing about our “life and times” at Hiland Presbyterian as young’uns! It’s interesting to me how vivid several of those memories are, given that this all occurred some 60-odd years back! But regardless, they remain treasured times!

My recollection of Pastor Harry Pedicord is of a kind man who enjoyed teaching through song and art and theater. To this day, whenever I’m thumbing through the New Testament in search of a chapter, to get my bearings I still find myself humming the tune he taught us during Vacation Bible School!

My regard for both the church AND Dr. Pedicord continued to grow into my teen years; even after we had moved away from the North Hills Estates and had become members of another church. In 1970, the director of our drama club at North Allegheny High School was determined to put on a production of the play, Green Pastures. Being somewhat controversial at the time, no one in the North Hills (and I mean, NO ONE) was willing to have us use their venue... that is, EXCEPT for Hiland Presbyterian Church! And on opening night, even though he had retired and was living in Greenville, PA, I had the great honor of welcoming to the stage (he had contracted to have built), one Harry William Pedicord!
I'm going to jump in here in italics.  I found a lengthy article in the local newspaper that outlines the story of this production.  First, this is not the Hiland Players of the 1950's.  The North Allegheny High School group chose to name their group in honor of the thespians under Dr. Pedicord's direction.  Ken knew all about the original Hiland Players since our mother was actively involved.  Second, Ken had the student lead.

Linked on Lin’s blog is a PDF copy of the Old-Hiland-Church booklet assembled by Dr. Pedicord and the Sesquicentennial Church Committee in 1950 to celebrate the 150th anniversary of the church. Having grown-up to become a professional musician, I was most interested in the hymn he had composed for the occasion (with a musical assist from German composer Robert Schumann)! So, I decided to record it for posterity as my lil’ contribution to our family’s reminiscence of the memorable and cherished times spent at Hiland Presbyterian as children. 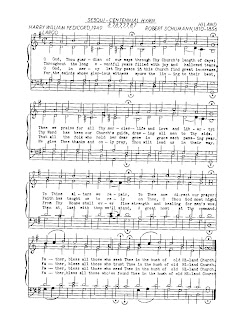 Ken's recording of the Hiland Sesqui-Centennial Hymn link is above.

Thank you brother for taking the time to share these Hiland memories.

Other Hiland Blogs on Flipside