March 30th: Today is Doctor's Day - since 1933 March 30th has been a day to honor American's physicians. Did your family have a favorite doctor? Do you remember when doctor's made house calls? Or even when doctor's used to smoke?

Not even a question....my favorite doctor was MY DAD. 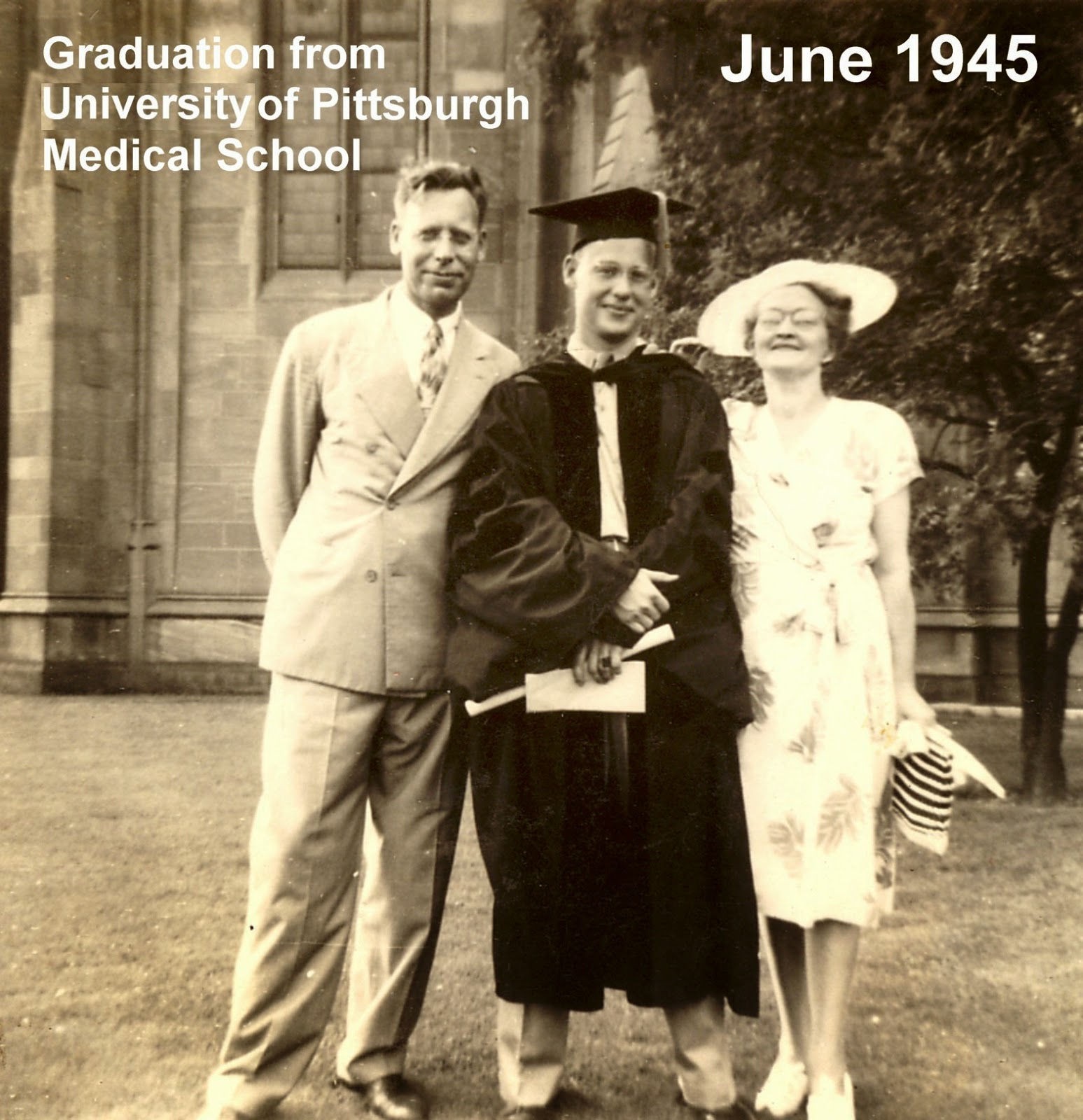 My Dad graduated from University of Pittsburgh Medical School on June 29, 1945.  The US Army financed his medical school and to give back, he spent his internship at McKeesport Hospital, his residency at the VA Hospital in Aspinwall and time for the Army At Deshon Veterans Hospital in Butler, Pennsylvania....where, incidentally I was born in 1947.  He finalized his requirements in December 30, 1950 and set up his private practice in Perrysville, Allegheny County, Pennsylvania.

We moved to our first house on Washington Drive and Dad began his private practice.  A well intentioned neighbor and life long friend told Dad that to make some extra income, he should join the National Guard. BAM The Korean War and Dad was called into service.  I have outlined his service on the Library of Congress Veterans History Project website--The George VanGilder Hughes Collection.

When he returned stateside, he opened his practice....again.  I can remember as an elementary school student, stopping by Dad's office on Perry Highway, across from Hiland Presbyterian Church, just to say Hi!  His secretary became a life long friend of the family.

Dad was the doctor that made house calls.  One memorable one:  He was driving by a patient's home as the patient was having a heart attack outside while mowing the lawn. The fellow had some high position with Pittsburgh Brewing Company.  Dad saved his life. For as long as I can remember....Dad received a case of Olde Frothingslosh Beer every Christmas.  AND we always had GREAT seats for the Pirates games at Forbes Field.  YES! 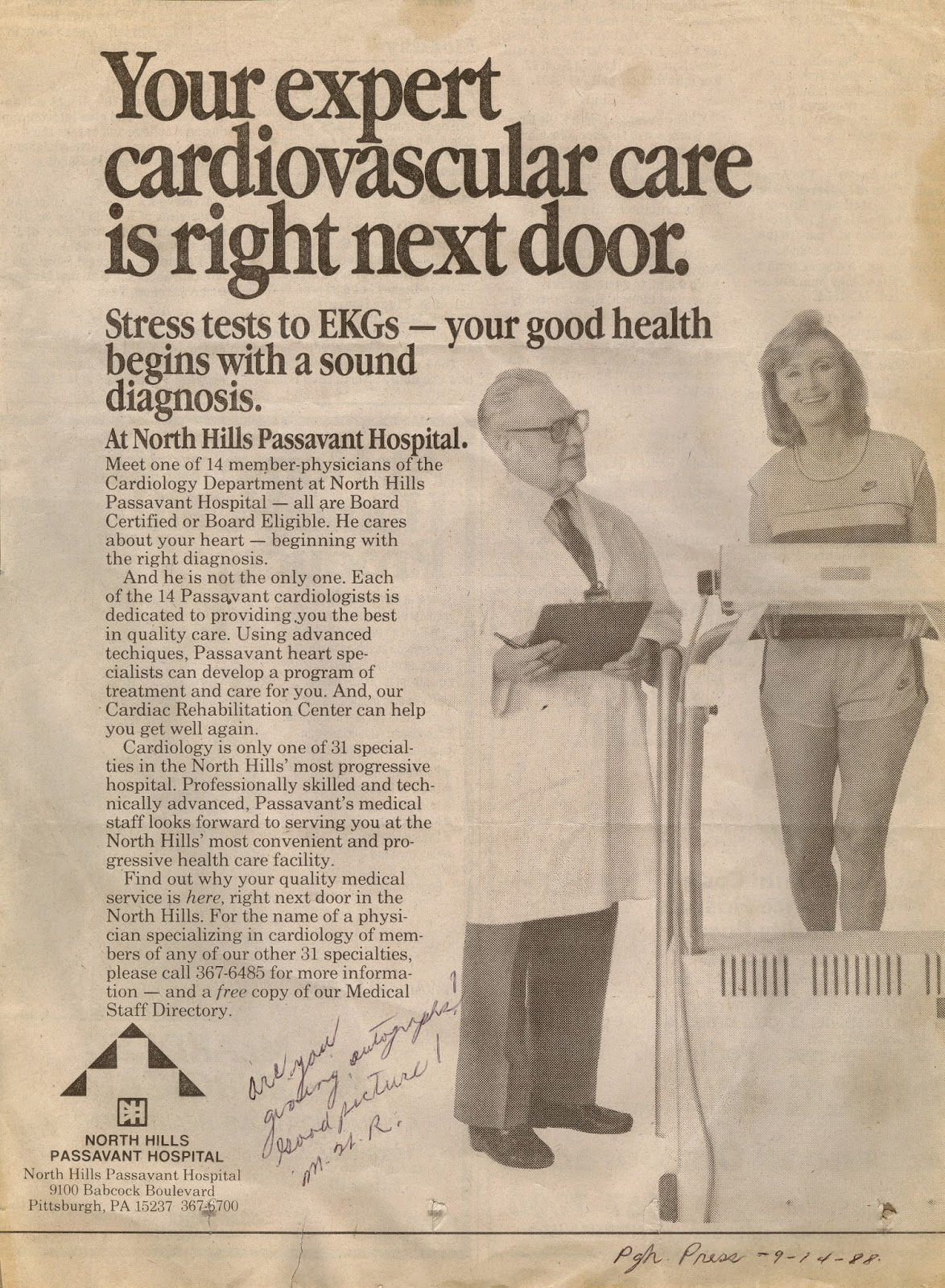 Dad moved his practice down Perry Highway to West View sometime during the 1960's.  He was a doctor that had empathy for his patients.  Growing up during the depression he was aware that some of his patients were not always able to pay.  When I was married in 1969, patients came out of the woodwork wanting to give back to doctor.....so much of my wedding reception was "in kind donation" from patients who were unable to pay for their medical services over the years. 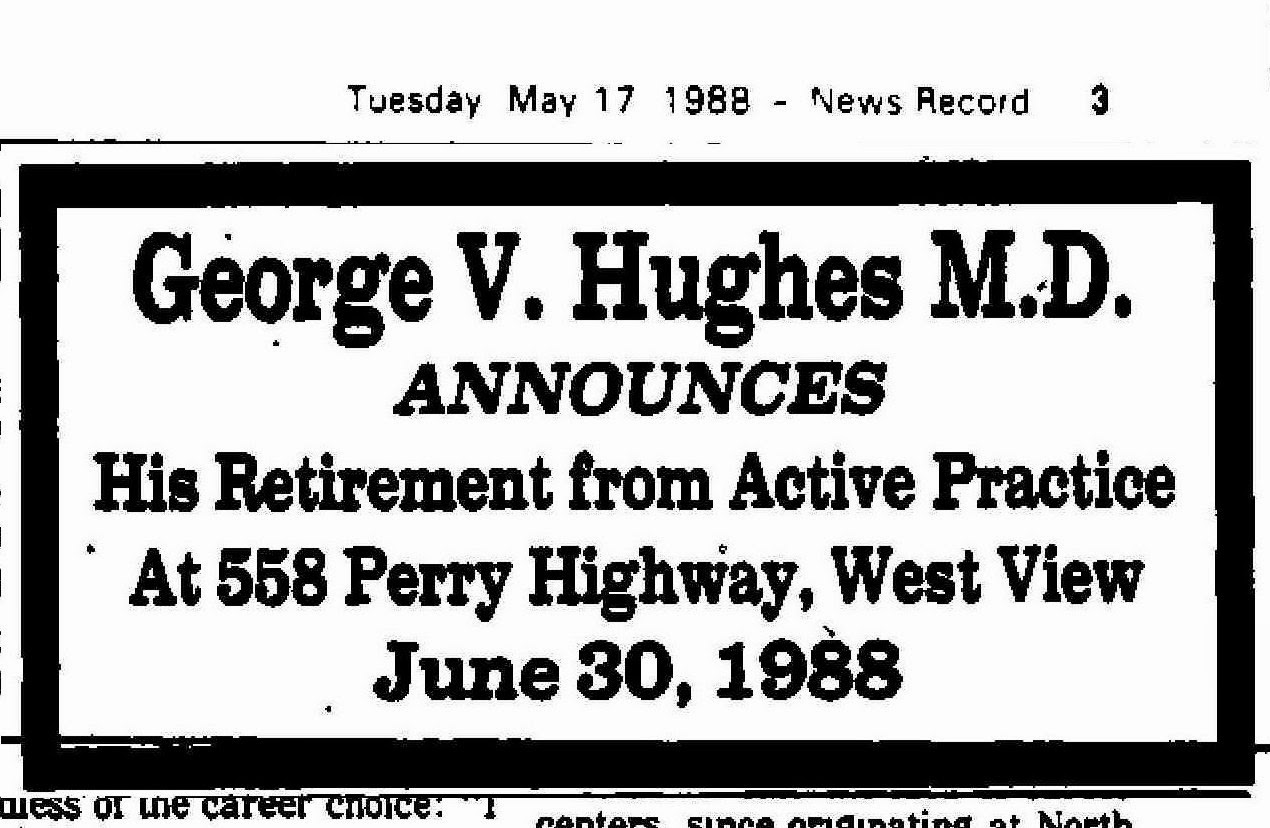 He retired in 1988.  Aric and I went to the retirement dinner at Hiland Country Club sponsored by patients.  I was overwhelmed by the outpouring of people (well over 200) who attended to honor Dad's 38 years as a physician.  Fortunately, we have a video of that occasion.

At Dad's funeral, when my brother Ken asked for comments from those assembled, a fellow doctor stood up.  His comment.....When (can't remember the name of this University of Pittsburgh Medical School professor's) father became ill, it was his former medical student, George Hughes, who he called for an appointment to see his dad and give a diagnosis.  Well deserved praise.

One of Dad's statements at his retirement that resonates with me today is, "One of the best tools to diagnosis is listening to the patient,"  "If they are paying their hard earned money to come into the doctor's office, what they have to say is the most important information for medical providers to listen to."