76th Carnival of Genealogy--How I Spent My Summer Vacation

The topic for the next edition of the Carnival of Genealogy is: How I spent my summer vacation... a favorite summer memory from your youth is hosted over at Creative Gene. 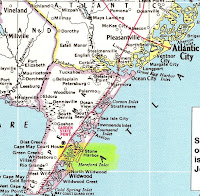 There’s not even a question mark in my mind on this one. Hands down it would be our two week summer vacations in Stone Harbor, New Jersey.

From 1957-1962, the Hughes family would spend two glorious weeks in a rental property somewhere in Stone Harbor. We shared these weeks with our neighbors and good friends the Arthur family….always finding side by side duplexes. 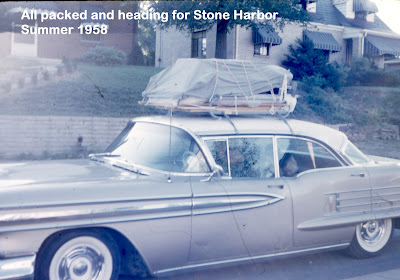 This was probably the beginning of Dad’s “grab your shoes and grab your socks” vacation saying. I have to laugh at the memory of the five of us piled into a car, with a fully loaded trunk and top rack heading down the PA pike from Pittsburgh to Jersey. To make it even more hilarious, during the last couple of years we also took our dog. Three kids and a dachshund squished into the backseat of a car for 6+ hours. What insanity! 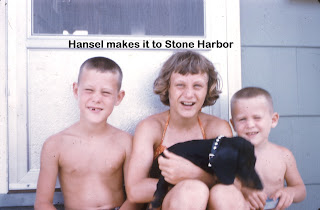 We all looked forward to our summers in Stone Harbor with much anticipation. I know that even my youngest brother can still remember those delicious ice cream cones from Springer’s and the Copper Kettle Fudge. I am really dating myself, but Springer’s was only a nickel a scoop back then and I usually had a quarter to spend. The decision was: five scoops of ice cream or five scoops of sherbet! 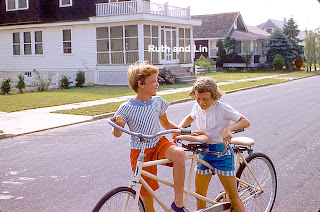 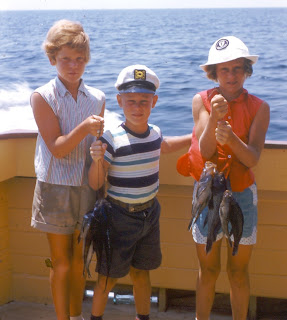 There were days filled with: bowling at the local alley and frosty mugs of birch beer for the kids, greasy burgers at a restaurant uptown, souvenir shopping in a store with those old fashioned hardwood floors, movies at the Harbor Theater at night (saw Psycho there and was terrified to walk back to the duplex), fishing, meals at the Harbor Light, tandem biking, water skiing, trips to Atlantic City for lobster at Hackney’s, the amusement rides south at Wildwood and of course, the ocean. 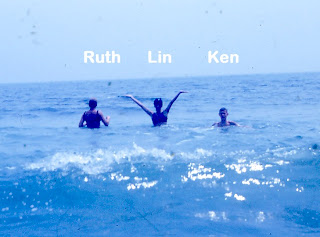 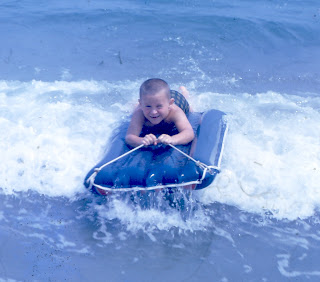 Every decent weather day we spent from about 10:00 until mid afternoon at the ocean. We never stayed near the beach, so lugging all the equipment blocks and blocks away was a chore, but who cared…..the sand and waves were always awaiting our arrival. We cut our chops in that ocean….learning to swim, body surf and ride a raft and a board….but body surfing was my favorite…it still is! 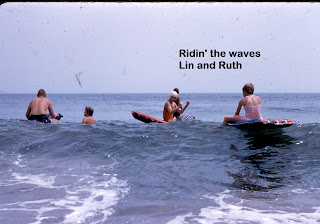 We had cute little kids sayings as we would float up and down the growing waves….”Whoa Nellie” and “Going up” could be heard until we finally caught the right one and road it to the beach. Ah, the thoughts of all this is beginning to tug at my heartstrings. 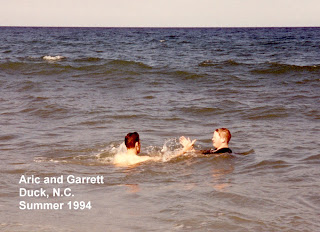 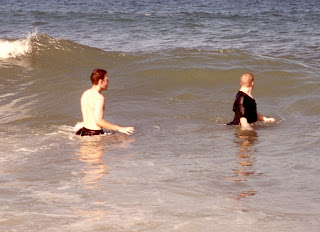 As an adult I never enriched my own two boy’s lives with Stone Harbor. Instead we took our one week summer vacation down in Duck, North Carolina….out on the Banks. I know that they have the same heartfelt family memories of their childhood summers in Duck as my brothers and I do of Stone Harbor. At family gatherings each of them has regaled the listeners with their ocean side adventures. Both would like to go back.