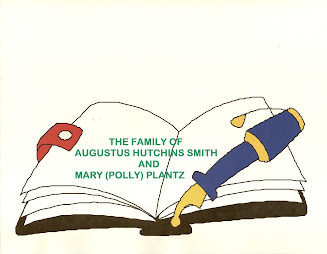 Augustus was the eighth child in the family.  As he grew, he would have been involved with helping with the farm.  The Smith family farmed in Montgomery Township until about 1855.  Then they moved to Sandusky Township, Sandusky County, Ohio, somewhere near Fremont.  On the 1860 Ohio Federal Census, Augustus, age nineteen, was attending school while his brothers who were living at home, were working on the family farm.

The Smith men enlisted for service in the Civil War.  Augustus, along with brothers, Ezra and William all enlisted with Company F, 72nd Regiment, Ohio Volunteer Army.  Augustus enlisted on November 25, 1861 for a three year term.  He mustered in at Camp Chase, Ohio on February 18, 1862.  He mustered out on September 11, 1865 at Vicksburg, Mississippi.  Of the three brothers, only Augustus returned.  Ezra and William both died within several months of service.

On March 21, 1866, Augustus H.Smith married Mary Edmonds in Wood County, Ohio.  The marriage certificate lists that both Augustus and Mary were residents of Wood County.  Augustus mustered out of service in September 1865 in Mississippi.  Did he return home to Sandusky County?  Did he visit his sister Sarah Plantz in Wood County?  Had Mary Edmonds, a recent widow, nee Mary (Polly) Plantz, returned to her father's home in Wood County or was she living nearby raising her two sons?  Sarah Plantz, Augustus' sister was Mary Plantz Edmonds stepmother. Mary had lost her husband of five years, Sylvatus L. Edmonds, in the Civil War.  Augustus and Mary grew up in Wood County. They would have been at the Smith/Plantz family gatherings, weddings, funerals.  Not blood relations, but related. 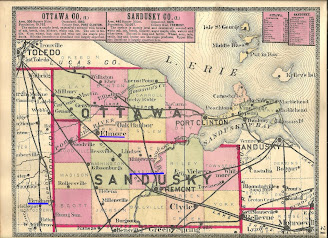 Augustus and Mary's first census is the 1870 Ohio Federal Census, Clay Township, Ottawa County, Elmore Post Office. I am confused.  Elmore is indeed in Ottawa County, but is actually in Harris Township.  How long the Smith's stayed in Wood County before moving to Ottawa is unknown.  Augustus is a farmer with 300 value in personal property.  Mary's two children from her first marriage, Franklin, age 9, and Henry, age 7, are enumerated as Smiths, actually their surname is Edmonds.  Lydia, age 3 and Marietta, age 11 months are the first two children from the Smith marriage.
Between 1870 and 1880, Augustus moved his family to Sandusky Township, Sandusky County, Ohio.  Augustus is listed as a laborer; however, he is enumerated on a page of farmers.  Perhaps he is farming someones land.  He has "farmed out" the two Edmonds boys to nearby farmers and they are enumerated with those families.  Franklin is with the S.B. Cole family and Harvey is with the James Barnes family.  Two sons have been born since the last census.  Jacob,  age 9, and John, age 3 months.    The Smith's have a nineteen year old servant living in their home, Mary Meyers. 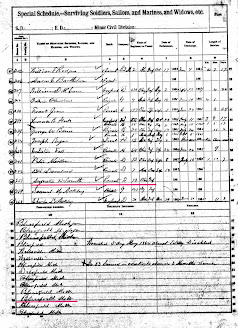 There is no 1890 Federal Census; however, there is a 1891 Veterans Census and Augustus Smith is enumerated, living in Blissfield, Michigan.  He lists himself as a Private with Company F, 72nd Regiment Ohio Infantry.
A time for sorrow and grief befell the Smith family on December 6, 1895 when their youngest son, James Leroy Smith died at age fourteen.  He is buried at Pleasant View Cemetery, Blissfield, Lenawee County, Michigan. 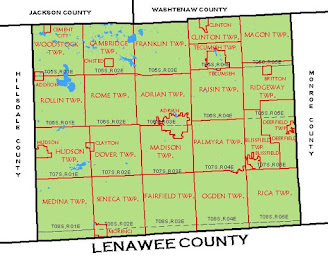 On the 1900 Michigan Federal Census, Lenawee County, Blissfield Township, Augustus and Mary, listed as Polly, are living on a farm, which they rent.  Augustus' occupation is farmer.  All their children have married and are living on their own. 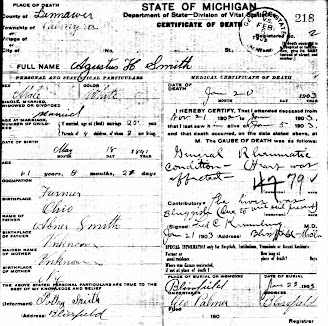 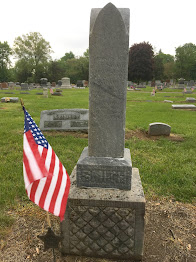 Augustus Hutchins Smith, a farmer, died on January 20, 1903 Palmyra Township, Lenawee County, Michigan at the age of sixty one.  He was buried three days later beside his son, James Leroy Smith at Pleasant View Cemetery, Blissfield, Lenawee County, Michigan.
Mary Plantz Smith lived another twenty years.  She is enumerated with her married daughter, Maretta Smith Bowers and her family in 1910 living in Millbury, Lake Township, Wood County, Ohio.  In 1920 she is living with her son, Harvey Eugene Edmonds, his wife and grandson on Dickson Street,in Sandusky Township, Sandusky County, Ohio 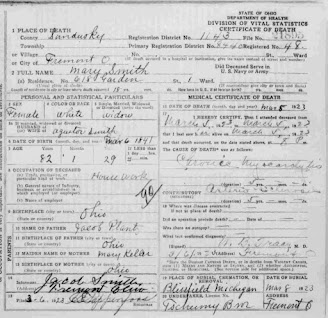 Mary Plantz Smith died in Fremont, Ohio, at the age of eighty on March 5, 1923.  She was buried three days later, beside her husband and young son at Pleasant View Cemetery, Blissfield, Lenawee County, Michigan.  [Her birth date age at death are not taken from the death certificate.  The 1900 Michigan Federal Census lists her birth as January 1842.]
I have not blogged about Augustus and Mary's descendants.  Their information is readily available on Ancestry.